Cookie Notice
This website uses cookies to improve your experience of navigation, perform analysis tasks and offer a better service. By pressing the Accept button you consent to our cookie policy. By pressing the Reject button, only the cookies necessary for the operation of the page will be stored.
ACCEPT REJECT READ MORE 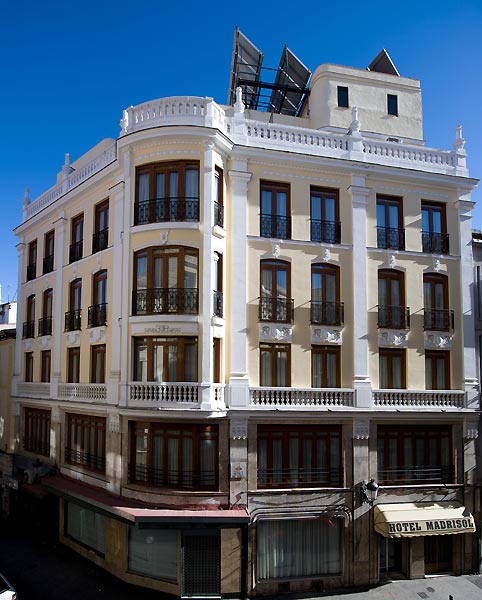 Hotel Madrisol is situated in the heart of the historical center of Madrid, very few meters away from Puerta del Sol, and close to the most prestigious areas of Madrid.

The historical building of the hotel, with a protected facade, was built at the beginnings of the 20th century in order to accomodate the ancient Hotel Aragon, chosen by matadores to stay and dress before each corrida from the Plaza de las Ventas. In 2005 the building reopens its gates as a hotel, after being completely reformed inside.

The neighbourhood where the hotel is situated is called the District of Letters, very attended by bullfighters and amateurs years ago, which now is an area of taverns, where it's possible to taste the best tapas small dishes that accompany the drinks-, and enjoy Madrid's specific nightlife.

The District of Letters got its name from sheltering the most famous writers of the Golden Age in Spanish literature, such as Cervantes, Lope de Vega and Quevedo.

From the hotel, you can take a short walk to Puerta del Sol, Plaza Mayor, Gran Via, the Royal Palace, Plaza Cibeles and the Prado Museum, also to shopping areas, restaurants, theaters, cinemas, discos, bars and taverns. All the charm of the city, both of day and of night, is close to Hotel Madrisol.

The building is placed in the best-communicated zone of Madrid. The fastest way to get around is by subway: metrostations Sol (line 1,2 and 3) or Sevilla (line 2). If arriving by car, there are 3 public parkings near by: Plaza Santa Ana, Sevilla Street with Alcala, and Plaza Benavente.

From Madrid-Barajas airport, you have 3 options to arrive. Option 1: by taxi (fixed fee of 30 euros). Option 2: by Metro: line 8 from Aeropuerto to Nuevos Ministerios and by Train taking line c3 or c4 to Sol (20 minutes). If you come from T-4 aeroport, the easiest is directly by train, c-1 line to Nuevos Ministerios and c3 or c4 to Sol. Option 3: by bus: airport express bus from T-1, T-2 and T-4 to Cibeles and Atocha Renfe. Later take Metro line 1 to Sol (45 minutes).

* Air-conditioned available in summer in the whole hotel. 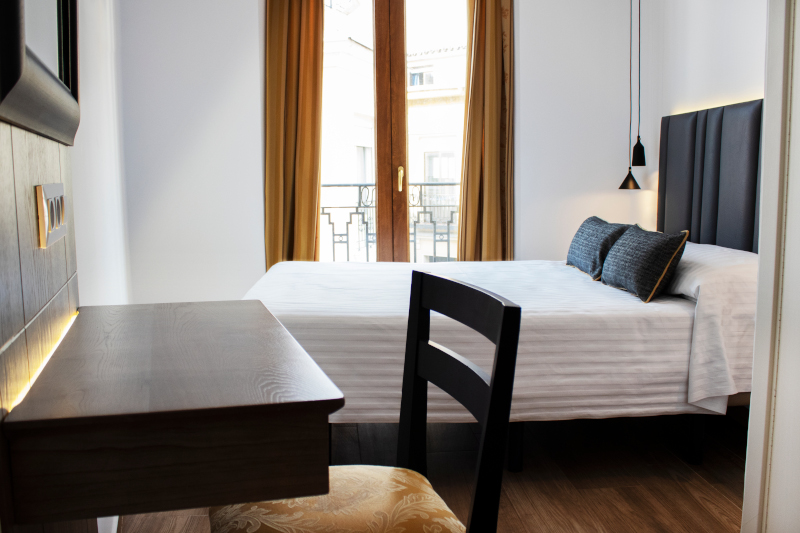